Hakim Nasir is a well-known herbalist who specializes in Eastern medications. Hakim Nasir, belonged to a middle-class family and lived a very simple life. He spent most of his childhood in Peshawar where he gained his initial education from Jama e Islamia.
In the year 1987, Hakim Nasir went to Saudi Arabia where he developed an interest in herbal knowledge and pharmacopoeia. It was about two years later, that he travelled back to Karachi and began researching and studying about Unani medicines and it’s ancient philosophy.
Finally in 1990, Hakim Nasir’s developing passion and curiosity for the field encouraged him to establish Bin Nasir Dawakhana.

Today, Hakim Nasir’s ideas and practices of Unani medicine are admired and appreciated all around the world. In fact, he was invited to perform Hajj amongst some of the most respected personalities by King Salman of Saudi Arabia in 2017.
It is Hakim Nasir’s immense knowledge and experience in pharmacopeia and herbal remedies that allow him to constantly innovate and create new medicines for his patients according to their needs.
All of Hakim Nasir’s products are certified Halal and are made using the highest quality ingredients that are procured from many countries around the world including India, Italy, Iran, China, Saudi Arabia, Yemen and Afghanistan. The majority of his earnings go to masjids and madrasas.
If you would like to come in for a consultation, Hakim Nasir, you can visit him at Hakeem Nasir Clinic in Karachi . 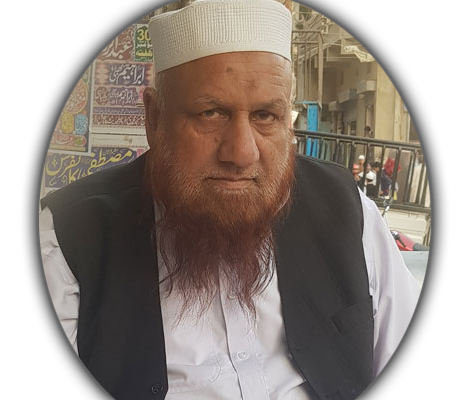 Why Shop From Us

If you have questions, concerns about our products, or if you are experiencing problems with our site, let us know.